Why is our sexual lingo so…harsh?

Aside from some subsectors of kink, sex is supposed to be a pleasant experience for all parties involved. So why does it often sound like we’re describing a late-night Central Park mugging when we talk about it?

This generation is probably the most open and frank when speaking about what goes down between the sheets…or on the floor…or in the restroom — wherever the mood strikes. And with all that frank disclosure, of course some slang terms get tossed around to describe the coital activity.

But with most sexual slang, it sounds like some sort of punishment the man doles out and the woman willingly accepts.

Rough examples: “Bruh, I pound that last week.” vs. “Girl, did you really let him smash?”

Why can’t we jut be a team in all this and bang together??

Here’s a handful of sex terms that when you really think about it, should make the ladies say “Ouch!” instead of “Oooh, la la,” when they’re offered.

Let’s just take a peek at the Dictionary.com definition of this one, shall we?

Yeah…so no one wants any of that done to their vagina. Why use a term typically used when you’re trying to force something someplace it doesn’t necessarily go to describe a consensual cha-cha?

Unless you literally plan to bump fists and make the explody-hand as you pull away once you’re through. Because that could be kind of dope…

This sounds so volatile, doesn’t it? I don’t want to get beaten, do you? I definitely don’t want any of my sensitive areas treated like a boxing speed bag. If you think that sounds remotely appealing, I’d venture to say you watch WAY too much pornography. Let’s try keep all allusions to domestic abuse on genitalia out of the bedroom, shall we?

Sir, why am I getting knocked down? Does engaging in intercourse with you take my value down a peg or several? Or are we looking at this one in a more literal interpretation of the phrase — wherein you’re actually knocking a lady off balance to fall to the ground?? Both of these sound dreadful for the girl involved — regardless of how utterly hilarious the above gif is.

Listen….I’m going to need it later. Please don’t tear it up, apart, down, or otherwise. Not to mention that vaginal tearing is a real-life (and extremely common) sexual injury that no woman wants any part of — especially since it mainly stems from a lack of lubrication.

Do you really want to spend Sunday afternoon bragging to your homeboys that you kept a woman so dry while you were getting to it last night that you tore up her poor lady parts? Didn’t think so. Besides…you don’t hear us ladies running around bragging about spraining your d*cks, do you?

Am I alone in thinking we could use a change in some of our sexual terms? Can we as a society move past smashing, hitting it, beating it up, knocking ’em down, cutting up, chopping down, and pounding it out? It would be cool to describe something that sounds less like an ordeal one of us was lucky to live through and more like an experience everyone involved was happy to take part in…right? 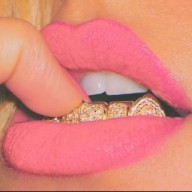 Reading your website gave me a lot of interesting info , it deserves to go viral,
you need some initial traffic only. How to
get initial traffic?? Search for: blackhatwarren’s tricks

You said it adequately.!

girls opinion of boyfrieds on viagra hot to use viagra
buy viagra online
viagra use by women effective – https://genericviagramsl.com

You actually reported that perfectly.

Thank you. A lot of knowledge!

using viagra a second time viagra name canadian pharmacy
viagra without a doctor prescription
how often can use viagra – https://genericviagrantx.com

Very good material. With thanks.

You said it wonderfully.

what makes viagra work what is a alternative to viagra
buy viagra online
cheap authentic viagra one day shipping – https://genericviagrantx.com

This is nicely put! !

You actually mentioned that fantastically.

You’ve made your stand pretty well.!

lotensin viagra long term side affects of viagra
viagra for sale uk
have you ever used viagra – https://genericviagrarcp.com

Wonderful write ups, With thanks.

Wow a lot of great material!

With thanks, Ample material.

With thanks. I appreciate this!

Thank you, I value it!

Many thanks. Valuable stuff!

You have made your point quite well.!

Terrific facts. Thanks a lot!

This is nicely put! .

Cheers! I appreciate it!

viagra cialis and relationships harvard study viagra in your 20s
viagra without a doctor prescription
viagra effect on woman – https://genericviagrantx.com

With thanks. Loads of tips.

Amazing many of beneficial advice!

You have made your point quite clearly.!

viagra so we could pass the what will 200mg of viagra do
buy generic viagra
what’s new viagra sale buy url – https://genericviagrantx.com

You actually reported that well.

Amazing many of helpful data.

You said it nicely..

With thanks! I appreciate this!

You actually expressed this really well!

drugs similiar to viagra before viagra
viagra without a doctor prescription
viagra and sports – https://genericviagramsl.com

With thanks. Plenty of stuff.

Whoa many of helpful knowledge!

Nicely put, Thanks a lot!

Truly a lot of excellent tips!

Seriously quite a lot of awesome material!

Seriously many of awesome facts.

You revealed this exceptionally well.

vetrinarian viagra what is in viagra
viagra generic
uses of vega viagra – https://genericviagramsl.com